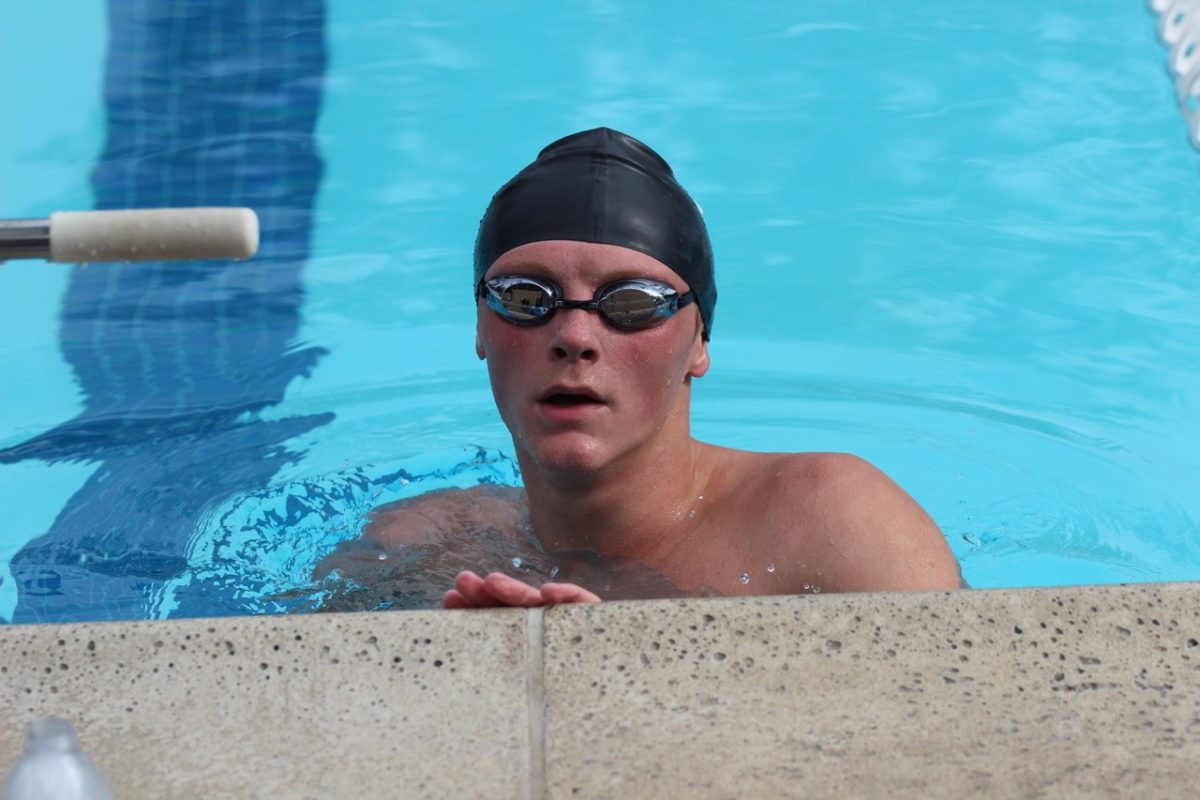 It was during a training camp held last year in Trinidad and Tobago that three teenagers answered a challenge issued by Martyn Wilby.

At the time, many of the 16 male swimmers were focused on trying to earn a spot on the Junior Pan Pacific Championships team that would compete in Suva, Fiji. Wilby, Swimming Canada’s Olympic program senior coach, told them to aim higher.

“I challenged them at the camp that the fact they were juniors didn’t mean they were only allowed to go to junior meets,” Wilby said. “They needed to start to challenge the senior guys.”

“It gave us hope to fight to get on the senior team,” said Liendo, who trains at the North York Aquatic Club with coach Murray Drudge. “I started thinking it was something we could do.”

Encouraged and empowered, Liendo, Pratt and Mastromatteo all earned spots on the Canadian team competing at this summer’s FINA World Championships in Gwangju, South Korea. It will be a busy summer since they also will attend the FINA World Junior Swimming Championships in Budapest, Hungary, in August.

Mastromatteo, who trains with his mother, coach Janet Hyslop at the Kenora Swimming Sharks, said the Trinidad camp was a boost to his development.

“I come from a small program,” he said. “I’m not used to huge volume sets. It was nice to experience what that’s really like.

“It kind of got me ready for what I’ve got to do if I want to keep progressing in the sport.”

Pratt found it an exhausting experience.

“That was probably one of the hardest weeks of training I’ve ever done,” said the 16-year-old who trains at the Cascade Swim Club under Dave Johnson. “It just made us realize what we had to do in swimming if we wanted to reach the goals that we had.”

“He had a really good talk to us about racing at a high level and preparations for big meets,” said Liendo. “He told us some of us could make the Olympic team in 2020, most of us in 2024. That got us thinking.”

Pratt swam five personal bests at the 2019 Canadian Trials, including finishing second in the 200-m backstroke behind Markus Thormeyer in a time that was under the qualifying standard for the world championships.

“Dave and I have been planning this race for a while,” said Pratt. “I was really just focusing on making the team.”

Liendo had three personal bests at the trials and Mastromatteo one. The three swimmers are now trying to soak up as much information as possible about training and competing at a senior international event.

“I think it’s a pretty good next stepping stone to see what it’s like not just racing at a junior level,” said Mastromatteo. “This is what the best in the world are doing.

“It’s pretty exciting for me. That way when (the Olympics) come hopefully in my future I will have an understanding how a senior national team works.”

Veteran Yuri Kisil, who will be competing at his third world championships, said the injection of new blood is essential for the growth of the national team.

“I’d like to take these guys under my wing,” said Kisil, who has won three bronze relay medals at the world championships. “I feel like these guys are the future. If I can help it any way, it would be great.”

Kisil, who trains at the High Performance Centre – Ontario, is excited about the potential Liendo shows.

“He’s a hell of a competitor,” said Kisil. “He still got so much time to grow as a swimmer and a person. Him and Cole are going to be very big swimmers in the future.”

Wilby had not met any of the swimmers prior to the Trinidad camp but he came away impressed with Pratt’s work ethic and Liendo’s leadership skills.

Deepening the talent pool on the men’s team is important for Canada to compete on the world stage.

“Competition in the women has taken everybody to a new level,” said Wilby. “We need that competition from the younger (men) to challenge the older ones.”

Competing at the world championships will enhance the young swimmers’ chances of making the team for next summer’s Olympics in Tokyo.

Pratt will swim the 200-m back in Korea, while Mastromatteo may get a chance in the 200-m breaststroke.

The presence of the three gives coaches some options in the relay races. Canada needs to finish in the top 12 in the relays to earn spots for next year’s Tokyo Olympics.

“They give us solid backup in that respect,” said Wilby. “If they continue to improve the way they have been doing, their goal should be to get onto the Olympic team.”