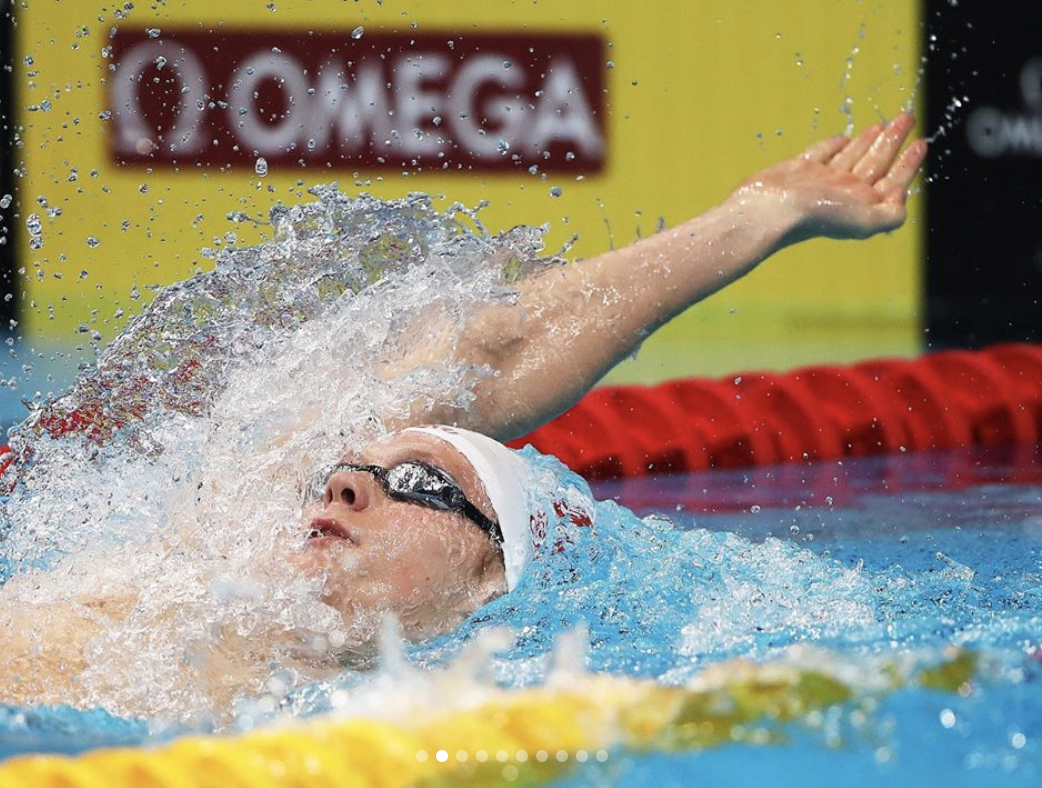 BUDAPEST, Hungary – Jade Hannah paused for a minute to reflect on her progress and it brought a big smile to the face of the 17-year-old Halifax native.

Hannah, who won a gold and bronze in individual events at the 2017 FINA World Junior Swimming Championships, has now captured two golds and a silver at this year’s championships in Budapest.

She earned the silver medal in Saturday’s 50m backstroke final with a time of 27.91 seconds, just .04 seconds behind Bronte Job.

“I just love this meet even though I was a little disappointed at the beginning of this race,” said Hannah, who trains out of Swimming Canada’s High Performance Centre – Victoria.

“I felt like I had the race for the full 50, but the final touch kind of did me in. Still, I was happy to come back (for the relay),” she added. “Anytime I can stand up there with the girls, it’s always a great time.”

The Canadian team of Brooklyn Douthwright, Hanna Henderson, Emma O’Croinin and Hannah was sixth in the women’s 4×100-m free relay with a time of 3:43.32.

“Overall, I am very happy with the meet,” Hannah said. “I have put in a lot of hard work to get back to where I was and I know that I have improved.”

Henderson was proud to reach the relay final and thanked her “super supportive team” for helping her reach her goals at the World Junior Championships.

Meanwhile, Genevieve Sasseville qualified for the women’s 100-m butterfly final with an eighth-place showing in the semifinals.

The Chatham, Ontario native, who recorded a personal best time of 59.76, entered the competition as the 13th seed.

Josh Liendo, of Markham, Ont., advanced third from the men’s 100-m freestyle semifinals with a time of 49.73, just two one-hundredths of a second off the Canadian age group record he established in April.

Henderson advanced to the women’s 50-m freestyle final with a personal-best time of 25.52 seconds in her semifinal. The Mississauga, Ont., native advanced as eighth seed.

Kenora, Ont., native Gabe Mastromatteo qualified for the men’s 50-m breaststroke final by taking fourth spot in the semifinals. The 17-year-old was clocked in 28.03 seconds. Mastromatteo set a new lifetime best of 27.90 in a preliminary race.

“It was a good race and I was relaxed with a pretty good time,” Mastromatteo said. “I qualified for the final and that’s the main thing. I’ll be ready to hit my stroke right away because it’s just a 50.”

Mastromatteo and Knox are the two fastest Canadians to have ever raced the 50 breast at the World Junior Championships.

National Development Coach Ken McKinnon was excited to point out the progress made by the young Canadian swimmers.

“The preliminaries on Day 5 are often the most challenging races and almost all of our swimmers are getting through to the next round,” McKinnon said.

“We are winning close races, getting our swimmers to advance and we are challenging in the relays whenever we can,” he noted.

The championships wrap up on Sunday in the Hungarian capital.