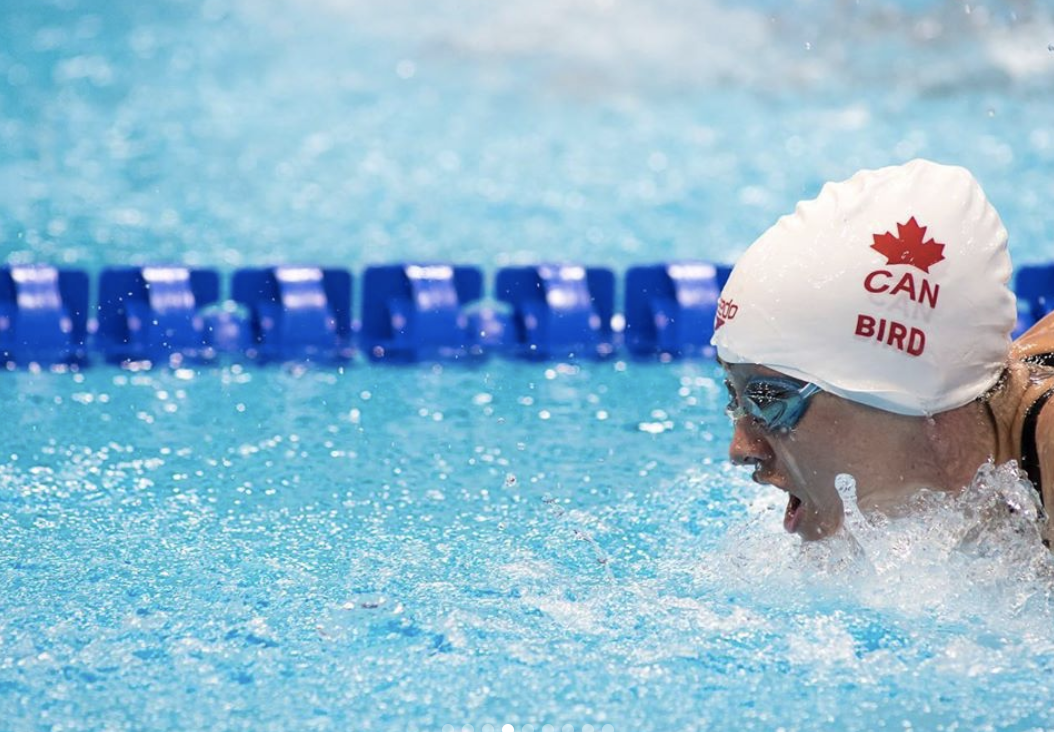 LONDON – It didn’t take long for Aurélie Rivard to get back in the winner’s circle at the 2019 World Para Swimming Championships. Twenty-four hours after taking silver in the women’s 400-m freestyle, the Canadian superstar captured gold in the 100-m free S10 on Thursday evening to earn her second triumph of the competition and the fourth world title of her decorated career.

The championships, which also serve as the first qualifying opportunity for Tokyo 2020, run until Sunday at the London Aquatics Centre, one of the main venues of the 2012 Olympic and Paralympic Games. Webcast is available on the Canadian Paralympic Committee and Swimming Canada Facebook Live platforms, with finals streamed on CBC Sports.

Shelby Newkirk of Saskatoon also reached the podium for Canada on Day 4 with a silver-medal performance in the women’s 100-m backstroke S7.

Thanks to their top-two finishes, the teammates merited nominations to the Canadian Paralympic Committee to represent the country next summer in Tokyo, an honour Rivard received for the third time this week.

In the women’s 100-m freestyle S10 final, Rivard, the reigning Paralympic champion and world record holder in the event, led from start to finish en route to a time of 59.83 seconds, a championship mark. She led silver medallist Chantalle Zijderveld of the Netherlands by 15 hundredths at the turn before shifting into high gear in the last 50 metres to beat her rival by almost a full second (0.88).

In her fourth appearance at worlds, the 23-year-old from St-Jean-sur-Richelieu, Que., who opened the competition on Monday with gold in the 50-m free, now has 12 career medals, including four gold, six silver and two bronze.

“I am really happy. I really wanted to win this race because I had never won the world title in the 100 free, so it’s exciting to win a new one,” said Rivard, who trains at Montreal’s High Performance Centre-Quebec with coach Mike Thompson. “There was no way I was letting anyone beat me tonight. At the turn, I looked to see where my closest rival was, I put my head in the water and gave everything I had to make sure I was first to the wall.”

It was Rivard’s best time of the year in the event, not too far off from the world record of 59.17 she set at the 2015 Parapan American Games in Toronto.

“After 10 years of international competition, lowering personal bests and setting records becomes more and more specific, and it’s really more about details than anything else. I’m going keep focusing on what I can improve. To see all these younger girls, 18-year-olds coming up, they’re faster and faster and it just motivates me to keep working even harder.”

Wayne Lomas, Swimming Canada’s Associate Director of High Performance and Para Swimming National Coach, had nothing but praise for the national team veteran.

“Aurélie Rivard doesn’t need to prove anything, but tonight she demonstrated all the characteristics that have made her a Paralympic champion and world record holder. Aurélie, coach Thompson and our Integrated Support Team put together a plan, trained all year and tonight, she executed that plan.

“I was very pleased to see the team back up yesterday’s outstanding results with more personal bests and medal winning performances today. In a night headlined by Aurélie stamping her authority on the 100 free and Shelby securing her first ever world championship medal, our coaches and swimmers all turned up today focussed on their plan and process.”

In the women’s 100-m back S7, Newkirk, a 23-year-old who trains at the Saskatoon Laser Swim Club with coach Eric Kramer, touched the wall in 1:21.58 to take second place behind Elizabeth Marks of the United States, who prevailed in 1:21.05.

Newkirk (38.96) and Marks (39.53) were second and third at the turn, respectively, trailing eventual fifth-place finisher Anna Hontar of Ukraine. The American had just a little more left in the tank down the stretch.

“I’m really happy with my race. I couldn’t be prouder. It’s my first time at worlds, and I’m really happy with how it’s going so far,” said Newkirk, who briefly held the world record earlier this year thanks to a time of 1:19.99 set at the Canadian Trials on April 3. “It was a great race. I’m a very competitive person, so having people near me motivates me even more. It’s awesome to have competitive people to race against.”

Camille Bérubé of Gatineau, Que., a two-time Paralympian including London 2012, also competed in the women’s 100-m back S7 final, placing seventh in 1:24.87.

“It was a good race. I think I may have started a bit too fast. All in all, I would have liked to swim a little faster, but in a competition like this, you have to swim so fast just to get to the final, sometimes your body doesn’t have enough left from the morning. Two races in the 1:24’s on the same day, I’ll take it.”

“I’m pleased with how it went overall. It wasn’t quite a best time, which is what I was aiming for. I think this was pretty much as good as it was going to be today,” said the 20-year-old Zona, a bronze medallist in the 400-m free at the 2015 Parapan Am Games making his second world championship appearance. “There are some things I can definitely work on.”

Ens, a worlds debutant, was also happy with her effort.

“Swimming in my first world championship final, it’s such a great experience. It’s just such a huge honour to represent Canada. I’m really grateful for all the support we’re getting here.”

Four other Canadians were also in action on Day 4.