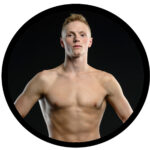 Cole Pratt, Cascade Swim Club, has been nominated to Canada’s Olympic Swim Team after his second place finish in the 100m Backstroke at the Canadian Olympic Swim Trials meet held in Toronto. Joining Cole in Tokyo is his coach Dave Johnson.

The 2020 Tokyo Olympics are being held from 23 July to 8 August after having been postponed a year due to the pandemic. 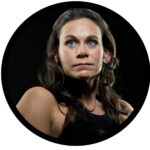 Tammy Cunnington, Red Deer Catalina, has been nominated to Canada’s Paralympic Swim Team.  Following the cancellation of the Paralympic Swimming Trials due to the global COVID-1, in order to fill the remaining four of Canada’s 19 positions, eligible athletes were invited to demonstrate competitive readiness via submission of training logs and data as well as a video-recorded time trial performance after which Tammy was nominated.

Joining Tammy will be former Alberta Paralympian Morgan Bird who trains in Quebec.

The 2020 Tokyo Paralympics are being held from 24 August to 5 September after having been postponed a year due to the pandemic.

Congratulations to all Canadian athletes heading to Tokyo.